It would be nearly impossible to find a person who is unfamiliar with the story of Cinderella. Some of us met her through the story based on an early French folk tale or through the fairy tales written by the Brothers Grimm. Maybe some remember watching the television movie starring Julie Andrews or the 1997 version in which pop star Brandy Norwood portrayed Cinderella and Whitney Houston was her Fairy Godmother. For the vast majority—especially this generation of children—Cinderella and Disney go hand in hand. I will confess that, as surprising as it may be for some, I am not a fan of Disney Cinderella. I am tired of her pale blue dress and her perfect hair and I am bored with her cookie-cutter beauty. Disney has made the characters in this very, very old folk tale two-dimensional (literally and figuratively) and completely un-relatable.

I am deliriously happy to write that the Artpark production has given Cinderella her humanity back! Not just Cinderella, but indeed all of the characters are instantly recognizable as actual people who have and search for genuine relationships. The bones of the story remain the same, but the relationships amongst the characters are much more developed than most versions. 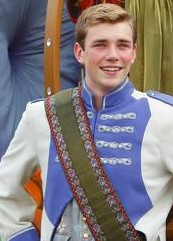 For example, we watch as Cinderella and the Prince meet and get to know each other which helps us understand that their attraction is more than just skin deep. In fact, one of the songs they sing, “Do I Love You Because,” explores the questions, “Are you beautiful because I love you?”

A lovely facet of the production is the portrayal of the familial bonds between the Prince and his parents – the King and Queen. The scenes they share together show a very loving and normal family; there is scolding, joking, laughter and lots of obvious affection. One striking moment came during the ball scene. The Prince has just finished dancing with all of the local girls (including Cinderella) when the Fairy Godmother cuts in and asks “Who was that charming girl you were just dancing with?” The prince answers, “That was my mother.” Aww!

This relationship is successfully countered by the selfish, materialistic, and petty displays we all expect to see from Cinderella’s Stepmother and sisters. In Artpark’s production, rather than serving as a vehicle for Cinderella’s oppression, this stepfamily seems to serve as a cautionary tale: When money and status are placed ahead of respect and kindness, you’ll never experience true love or happiness.

I can’t discuss the relationships in this production without mentioning the surprising dynamic between Cinderella and her Fairy Godmother. There are no wings, there is no wand, and the Fairy Godmother is more like a fabulous, benevolent, larger than life diva Godmother. Imagine a Godmother who is a cross between Aretha Franklin and Whoopie Goldberg. In most versions, the Fairy Godmother is the chief problem solver and granter of wishes. Not so in Artpark’s! According this Fairy Godmother, “Wishes are Poppycock!” and a person who sits around waiting for wishes to come true will never get what they want. This Fairy Godmother urges Cinderella to figure out a way to get to the ball using her intelligence. Remarkable! Fans of the magical coach and horses won’t be disappointed – it wouldn’t be Cinderella without them. Besides, just because wishes are poppycock doesn’t mean that magic is!

Cinderella is played by Emilie Renier, who has taken a character that has become about as interesting as a cardboard cutout and turned her into an actual person. Renier has a natural manner and reinvents Cinderella into the girl next door. This was consistent even while singing; Renier’s voice is lovely without unnecessary embellishment. We all know someone like this Cinderella, who is pretty and funny and without an obvious agenda. It was a gift to know my daughters were watching a Cinderella I wouldn’t mind them imitating.

The Prince (AKA Christopher), played by Zane Phillips, is a charming character—and not in the slick, manipulative way the word has evolved into. Phillips brings a sweet vulnerability to this very normal-seeming royal character. His loneliness is a universal one portrayed with honesty and emphasized by an earnest vocal performance. 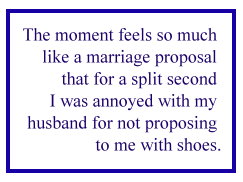 These roles are perfectly cast and the relationship that develops between them feels true. When the Prince bends down on one knee to place the glass slipper on Cinderella’s foot, he already knows it will fit. Unlike the Disney prince, Phillips’ character isn’t fooled by Cinderella’s more modest appearance. The moment feels so much like a marriage proposal that for a split second I was annoyed with my husband for not proposing to me with shoes. Shortly after this ridiculous thought flew into my mind, my daughter whispered into my ear, “I think they should get married in real life, too!” Like I said…Perfect.

The King and Queen are played by Paschal Frisina III and Sheila Connors. They have a warm and familiar stage presence which helps turn the Prince into a person we know and understand. Their solid performances reinforce and enhance the vulnerability Phillips brings to his character.

Debbie Pappas takes the pure malice out of the traditional Stepmother character and replaces it with a more scornful portrayal which reminds me of a delusional mother hen protecting a brood of snarky dodo birds. Pappas gives her character a sense of single minded, take-no-prisoners purpose. I took great delight in watching the Stepmother try to use her “feminine” wiles on a horrified and unsuspecting “Lionel” for the purpose of securing favors for her daughters.

The hilariously misnamed stepdaughters, Grace and Joy, are deliciously played by Charmagne Chi and Katie Moran. Imagine Lucy and Ethel from the “I Love Lucy” television show as narcissistic, color-blind 4-year-olds and you’ll be close. They never break character, exhibit great comedic timing and shine a hilarious light on the unattractive qualities of the stepsisters.

Betti O has taken a clichéd Fairy Godmother and created something truly special. She owns the stage with her larger than life diva portrayal and makes it possible for us to believe that a fairy godmother might actually tell us that, “Wishes are Poppycock!” Her use of humor and affection creates a character that his less fairy and more godmother.

Adding substance and continuity to the show, David Autovino plays “Lionel”, the Prince’s zealous, over-the-top, super protective attendant. Autovino is terribly endearing and quite funny. He hurtles himself into the action and adds depth and humor to every scene he is in.

I can’t say enough good things about the Ensemble! Their singing and dancing added tremendously to the success of this show and amplified the emotions brought out by the leads. I wish Rodgers and Hammerstein had added more musical numbers for the ensemble. The robust and varied vocal ranges blended together so beautifully that I broke out in goose bumps each and every time the ensemble sang.

I was unprepared for the visual wonderland that greeted me when the curtain went up. Yes, I know this sounds a little dramatic. But it’s true! The sets, which once called the New York City Opera home, were gorgeous, lavish and sophisticated. Every time the black screen descended indicating a set change, my older daughter would bounce in her seat and whisper, “I can’t wait to see what it looks like next!” Well, she wasn’t the only one!

The lighting designer, Lynne Koscielniak, skillfully brought visual moods to the sets and characters which added another layer to our overall experience. The gorgeous and plentiful costumes, by D.C. Theatricks, are works of art and skill. I will never, ever, ever, never, ever forget the attire worn to the ball by Grace and Joy. My younger daughter is still talking about the feathers.

I think you should stop reading this and get your tickets right now. Artpark’s production of Rodgers and Hammerstein’s Cinderella is a breath of fresh air. With its less commercialized identity, realistic messaging and emphasis on strong relationships, this is one show you don’t want to miss! Movies are fun, but there is absolutely nothing that can compare with the emotional connection – the magic - you feel at a live performance—especially one as well done as this.

Helena Robin ...is President and CEO of the Robin family. She coordinates and executes all family operations including (but not limited to) communications, transportation, management, catering, maintenance, troubleshooting, and cultural development. Her Executive Team is comprised of a Husband/Creator of Chaos and three unpaid interns.