A Really Big Dinosaur at the RMSC: A T. Rex Named Sue | Kids Out and About Buffalo

A Really Big Dinosaur at the RMSC: A T. Rex Named Sue

If you’ve ever been to a Natural History Museum, you’ve probably seen a T-Rex skeleton. They’re big. They’re scary looking. And you can imagine how terrifying they must have been. (Well, having watched Jurassic Park makes that a little easier to imagine). 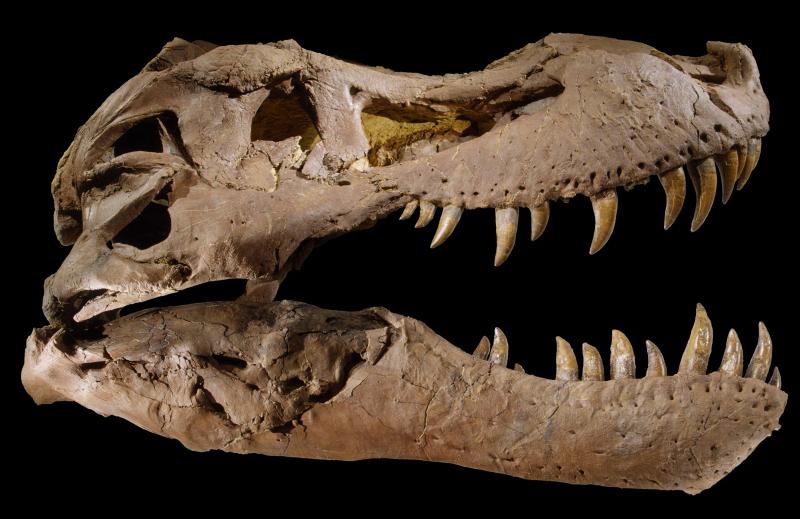 The Rochester Museum and Science center has a traveling exhibit of A T. Rex Named Sue from now through January 6, 2013 and you must go see it. It is a cast of the largest, most complete T. Rex skeleton ever found in North America. The massive five-foot long head hangs menacingly above you, and the tail extends 43 feet and reaches the ceiling. It is just what every dinosaur-loving kid lives for. 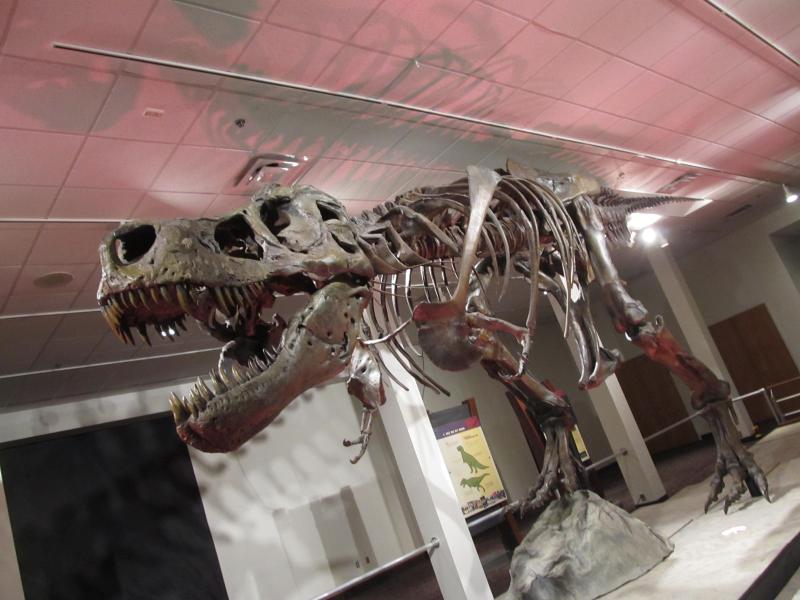 The story behind the discovery of Sue is just as interesting for adults as seeing the skeleton is for kids. Sue was discovered in the Black Hill of South Dakota in 1980 by a researcher named Sue Henderson. A 5-year court battle ensued over who owned the skeleton. Once it was settled, the Field Museum in Chicago raised the funds from the likes of McDonald’s and Disney to buy, preserve, and study.

There are lots of auxiliary hands-on activities to go along with seeing the T. Rex. Kids can pick-up, examine, and classify real fossils from the RMSC collection. But best of all, they can dig for and play with life-sized T. Rex bone castings. Parents will want to closely monitor the little ones, though, in case they decide to clobber themselves with a  giant bone.

Little dinosaur hunters will love this exhibit. Hurry and get there soon. Best yet, it’s included with the price of admission.

A T. Rex Named Sue will be on display at the Rochester Museum and Science Center until January 6, 2013.

June Santini is V.P. of Operations at KidsOutAndAbout.com. She makes this company run, and she even writes well.