Mom Saves Halloween for her Son with the Switch Witch 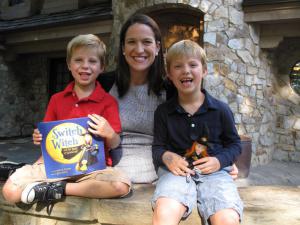 Audrey Kinsman's younger son has a severe dairy allergy, and it was after experiencing an upsetting Halloween with him that she created her Denver-based company, The Switch Witch.

“We went trick or treating and when we got home, my son looked up at me and started to cry,” Kinsman said, retelling what happened after he collected piles of candy he was unable to consume due to allergies. “I wanted both my boys to enjoy the holiday and told them that the Switch Witch would trade some of their candy for a special surprise like a book or toy. Then the interrogation began from both kids – full assault. Instead of answering all of their questions about the Switch Witch - I told them it was time for bed!”

That’s when Kinsman, a former partner at Kayne Anderson Capitol, took the idea from concept to creation. While stuck on a plane during a snowstorm, she addressed her boys’ questions by writing the book The Switch Witch and the Magic of Switchcraft - the tale of a Witch who magically turns candy into energy to fuel her Witchy World.  Without candy, the Switch Witches won’t survive the winter, leading her to plead for kids to be on their best behavior and a “Switchcraft” will be made.

Once the book was created, Kinsman recruited world-class witches to join her journey through the publishing world. With the help of Rachel Gaede’s operational experience and Jess Spore’s magic touch as head of creative and marketing, social media and design projects – these witches were set! It’s no wonder that the combo of these fun-loving and intelligent ladies led to record sales and placement in big stores such as Target and Whole Foods. Through a winding road of learning, a shoestring budget, and determination, these smart witches are on a mission to enhance the Halloween tradition and to make it safer for all families. 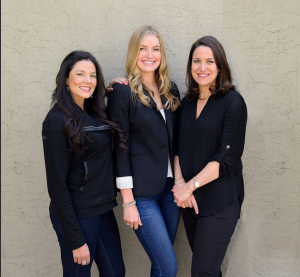 “I want kids to trick or treat their heart out,” Kinsman said. “I want them to elevate the fun! And if it’s safe and allergy-free, even better.”

Surprisingly, the Switch Witch works for those old enough to know the truth – food allergies or not. Kinsman’s older son will take her up on the trade because a gift card is much more impressive than candy. That’s the wonder of the Switch Witch. It allows parents to make up their own set of rules on how she interacts with the family.

“My dream is for the Switch Witch to become part of the Halloween tradition.” Kinsman said.

It's no easy task helping kids with food allergies happily embrace Halloween - but with the magic of Kinsman’s imagination and the creation of the Switch Witch – it is beginning! That’s the power of a parent’s will…and a little magic too.

The Switch Witch comes in a box set which includes the plush Switch Witch and a hardcover picture book, The Switch Witch and the Magic of Switchcraft. It explains that Switch Witches need candy to help warm their homes and make their brooms fly. Kids are encouraged to name their Witch, then they put her in a special place to watch them and keep track of good behavior during the month of October. On Halloween night, kids write her a note to "make a deal" and exchange some of their candy for a toy of their choosing. They leave the candy they do not want and their note with the Switch Witch on Halloween night and wake up to find the gift she's left behind.

I absolutely love everything about the Switch Witch. The plush doll is adorable and the story is magical. This is our first year using the Switch Witch, and my kids were very excited about it and very willing to donate some of their candy to switch out for a toy of their choice. They loved the story and the descriptive illustrations and chose to name our Witch Miss Candy Corn. Being a mom of a son with life-threatening food allergies, this is a fun and safe alternative for our family. My son isn't able to eat more than half of the candy that he brings home, so for him, the opportunity to trade for a toy is a big deal. I'm also glad to spend a few dollars on a fun toy in place of sugar and donate the candy to a cause or some co-workers with a sweet tooth. The kids are looking forward to writing their letter and making a deal on Halloween night.  Overall, the Switch Witch is a huge hit in our house and we look forward to continuing the tradition every year. 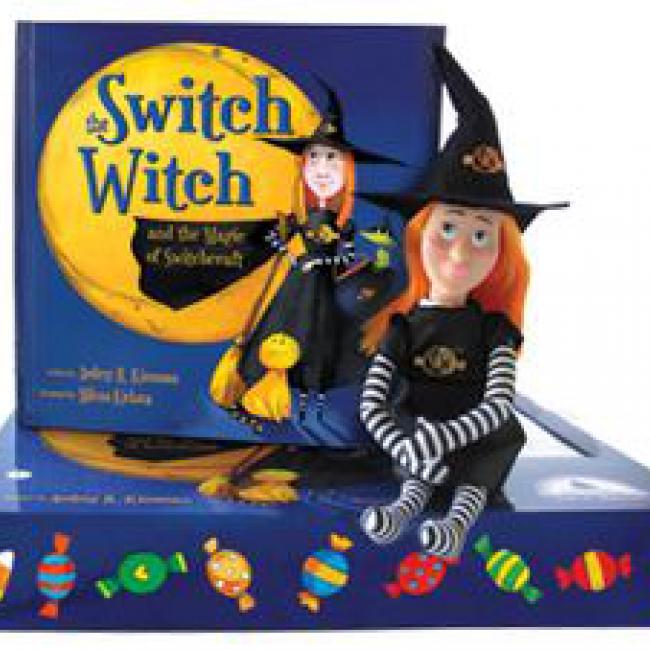