Blue Star Museums Throughout Greater WNY | Kids Out and About Buffalo

Blue Star Museums is a collaboration among the National Endowment for the Arts, Blue Star

Families, the Department of Defense and museums across America.  Each year between Memorial Day and Labor Day, participating museums provide FREE admission to active duty members of the military (including the National Guard and Reserve, U.S. Public Health Service Commissioned Corps and the NOAA Commissioned Corps) and up to five family members!

In 2013, 22 museums throughout WNY are participating Blue Star Museums!

Holland Land Office Museum: The Holland Land Company was formed late in the 18th century by a group of Dutch investors to dispose of lands they had acquired from the state of Massachusetts and the Seneca Nation of the Iroquois Confederacy.  In 1794 they hired Joseph Ellicott to survey five million acres in what is now Western New York and the adjacent areas of Northwestern Pennsylvania. Drawing on his experience laying out the city of Washington, D.C., for Pierre L'Enfant, he surveyed and planned the cities of Buffalo and Batavia.  The museum's collection includes many items belonging to Ellicott including his surveying instruments, written records of the survey and an original copy of Ellicott's 1804 map.  Iroquois artifacts on display include a ca. 1700 succotash bowl, wampum beads and a model of a longhouse, the tribe's traditional habitation. There is also an armchair used by Seneca Elder Eli Parker and a charcoal sketch of Seneca Wolf Clan Chief Red Jacket, wearing the silver medal George Washington gave him.

The Lawson Center for Boating Heritage:  The museum’s passion is preserving, displaying, and presenting as much of Chautauqua boating history as possible: both its artifacts and its stories. 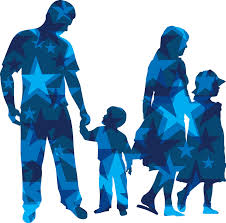 national historic site, education center and tourist destination full of exotic horticulture treasures. Although there are some plants native to our temperate region, most are native to tropical and sub-tropical regions of the world. Made up of three glass domes and nine greenhouses, this breathtaking conservatory is situated on 11.4 acres at the entrance to Buffalo’s historic South Park.

Buffalo History Museum:  Since 1862, The Buffalo History Museum (formerly known as the Buffalo and Erie County Historical Society) has been Western New York’s premier historical organization, serving to collect, research, interpret, and share the Niagara Frontier’s rich history. Its collections include more than 100,000 artifacts, 200,000 photographs, and 20,000 books. The Buffalo History Museum annually presents a wide array of programs, exhibits, tours, outdoor events, and activities for all ages that utilize many of these resources to tell the stories of both ordinary and extraordinary people of Western New York.

Big Springs Museum:  The Big Springs Museum’s collection is comprised of objects that reflect the history of the Caledonia-Mumford community located in the Genesee River Valley, southwest of Rochester, New York. The collection includes a strong emphasis on the area’s rural, agriculture character and the lives of Caledonia-Mumford residents. Objects in the collection include those that represent the history of Caledonia’s Seth Green Fish Hatchery, (the oldest in the northern hemisphere,) military artifacts and memorabilia, items pertaining to public education and local spiritual life, toys, paintings and folk art, Native American artifacts, natural history collections, and an extensive costume and textile collection. The collection also includes photographs and archives, including some genealogical materials, and rare paper broadsides. 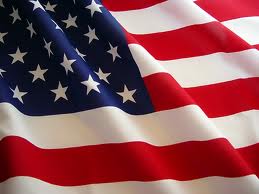 of western art in the eastern United States. The collection contains masterworks by the great nineteenth and early twentieth-century painters and sculptors, including Remington, Russell, Bierstadt, Couse, Dallin, Moran, Catlin, Miller, and many more, most collected by Robert and Hertha Rockwell, for whom the museum is named. In 2000, the museum initiated a deliberate effort to bring perspective to this collection by the acquisition of recent works by Native American and other emerging western artists, as well as some additional older works. New acquisitions include works by Andy Warhol, Kay WalkingStick, Clyde Aspevig, Deborah Butterfield, and Jaune Quick-to-See Smith. Today, the museum boasts a collection of American western art that is among the finest in the United States.

Elbert Hubbard Roycroft Museum:  The museum features furniture and decorative items produced by the Roycroft community.  It’s located in the historic George and Gladys Scheidemantel House.   It is a locally distinctive example of the Arts and Crafts style of architecture built in 1910. George Scheidemantel was head of the Roycroft Leather Shop and the house designer, William Roth, was head Roycroft carpenter.

Explore & More Children’s Museum:  With hundreds of different exhibits designed for kids ages 1 – 10 and regularly scheduled activities and events throughout the year, Explore & More is fun for the entire family.  The museum was founded in 1994 by a grassroots group of parents, educators and designers focused on one goal — creating quality exhibits and programs for children and families. Since that time, the museum has steadily grown, expanding exhibits and programs each year.

Millard Fillmore House Museum:  Millard Fillmore was the 13th president of the United States serving between 1850 and 1853.  He resided in East Aurora from 1826 until 1830.  Millard Fillmore built the house in 1825 for his bride, Abigail.  It stood in disrepair for many years until artist Margaret Evans Price (Mrs. Irving Price of Fisher Price Toys) became enchanted with the little house and its history.  She purchased it in 1930, had it moved to its present location and remodeled it for her studio.

Town of Elma Museum / Elma Historical Society:  The museum is housed in the Hurd House which is the most historically significant structure in Elma.  Records indicate that the very first town meeting was held in the building when it was decided to form a town.  Items in the collection include historic furnishings, locally found Native American Artifacts and more. 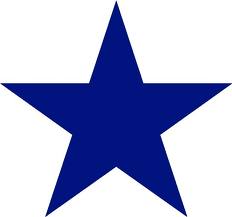 Col. William Bond / Jesse Hawley House:  A National Register Home built in 1824 by Colonel William Bond was the first brick home in Lockport. Occupied over the years by various owners, the home came in to the possession of the Chase family in 1887 and remained in that family until 1968. The Chase family were relatives of Salmon P. Chase, Abraham Lincoln’s Secretary of the Treasury and later Chief Justice of the Supreme Court. The house is furnished primarily in the 1820′s Empire period.

Erie Canal Discovery Center:  The Erie Canal Discovery Center is a new state-of-the-art interpretive center for the Erie Canal, and particularly the role that Lockport, NY played in the history of the Erie Canal.  Individuals from the the 13′ x 20′ Raphael Beck mural, “The Opening of the Erie Canal, October 26, 1825,” come to life with the assistance of virtual-reality, through computer kiosks in the Center. A multidimensional orientation film transports the visitor back in time on board a recreation of the packet boat Western Comet.  Additional audiovisual stations such as the “Hard Rock Canal” and “Work the Lock” allow guests the hands-on opportunity to view the dolomite rock wall in Lockport and to navigate a model ship through an actual working series of locks.  The life and times of canawlers, people who lived and worked on the canal, as well as canal kids are depicted in exhibits that feature the latest technology. 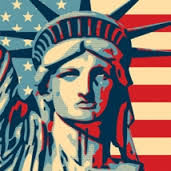 History Center friend, former board president and life member, Charles Rand Penney, who was recognized around the globe as one of the great American collectors of the twentieth century. From humble beginnings, Dr. Penney’s collecting interests grew to include over 100 different themes and 100,000 items, ranging from the art of Western New York to World’s Fair and Exposition souvenirs, from Staffordshire figures to coat hangers, and from quilts to Mr. Peanuts memorabilia.

Castellani Art Gallery:  The Castellani Art Museum serves as a cultural resource for Niagara University and its surrounding community and an attraction for regional and international tourists. Exhibitions of nationally known and emerging contemporary artists and traditional folk arts are presented each year. Artist talks, workshops and educational programming accompany each exhibition. Niagara County’s only collecting art museum, the Castellani has a permanent collection of over 5700 works of art, including well known artists such as Picasso, Miro, Dali, Calder, Nevelson, Warhol and many others.

Herschell Carrousel Factory Museum:  Through a rich artifact collection, the museum interprets the growth of the Herschell companies and changes in the amusement industry in the 19th and 20th centuries. Visitors explore the art, science, math, music, and social history of the early American amusement industry, from carrousels to coasters. Through exhibits, tours, and a variety of educational programming the museum helps visitors experience this fun and fascinating part of the past.

Memorial Art Gallery:  A visit to the Memorial Art Gallery is a journey through more than 5,000 years of art history. From the relics of antiquity to works in the vanguard of contemporary movements, the Gallery offers a panorama of the world’s art.  The Gallery’s permanent collection of more than 12,000 objects has been called the best balanced in the state outside of metropolitan New York City. In addition to its collection, the Gallery offers a year-round schedule of temporary exhibitions, lectures, concerts, tours and family activities.