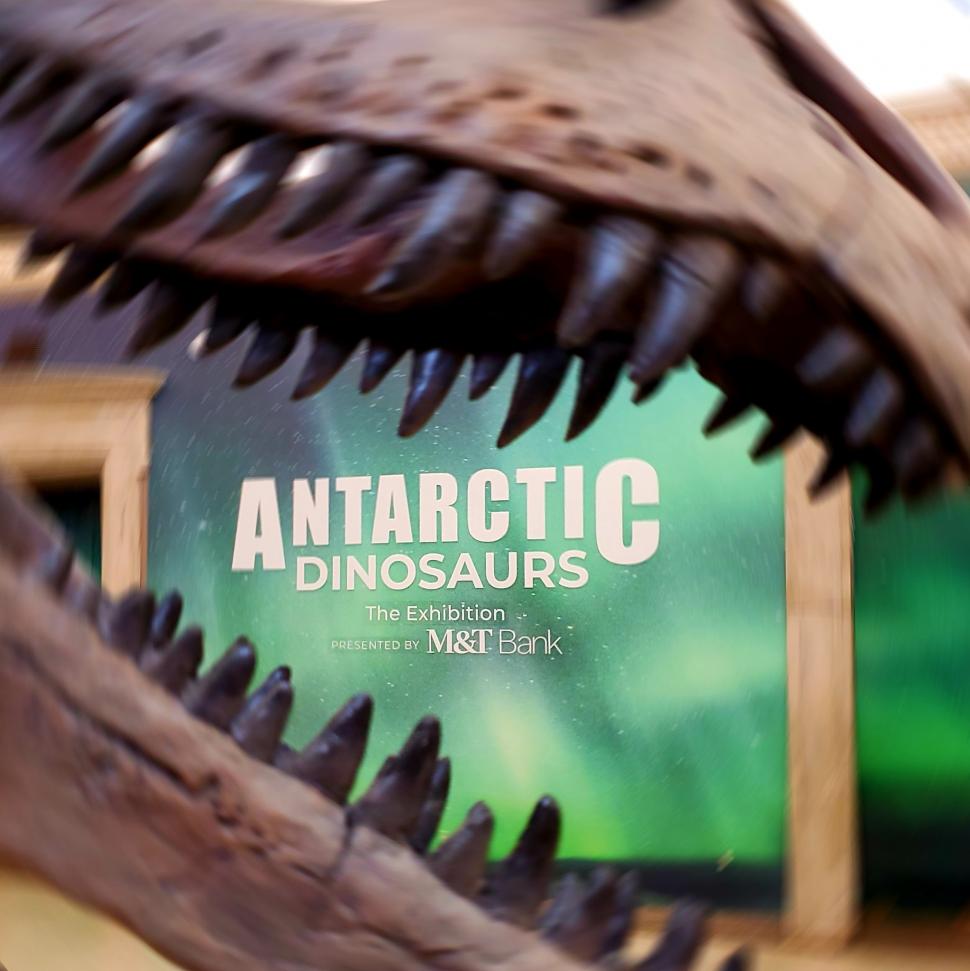 Come along on a dramatic adventure to Antarctica—one of the most isolated and dangerous environments on Earth—and witness the latest discovery: dinosaurs. Antarctic Dinosaurs will immerse visitors in the thrilling hunt for never-before-seen fossils and shed new light on our planet’s ever-changing climate. Follow scientists as they brave extreme conditions to excavate and bring home remarkable fossils that deepen our understanding of life on Earth. Though Antarctica today can be a forbidding land of snow and ice, 200 million years ago it was part of the supercontinent Gondwana, a wooded, lush habitat where dinosaurs thrived. Guests can immerse themselves in this lost world and come face-to-face with the scientists’ discoveries like the twenty-five-foot-long predator Cryolophosaurus, touch real fossils from Antarctica, and get a sense of what goes into living and working in the coldest spot on earth.
Click here for more information about this activity
Please help us keep this calendar up to date! If this activity is sold out, canceled, or otherwise needs alteration, email mindy@kidsoutandabout.com so we can update it immediately.