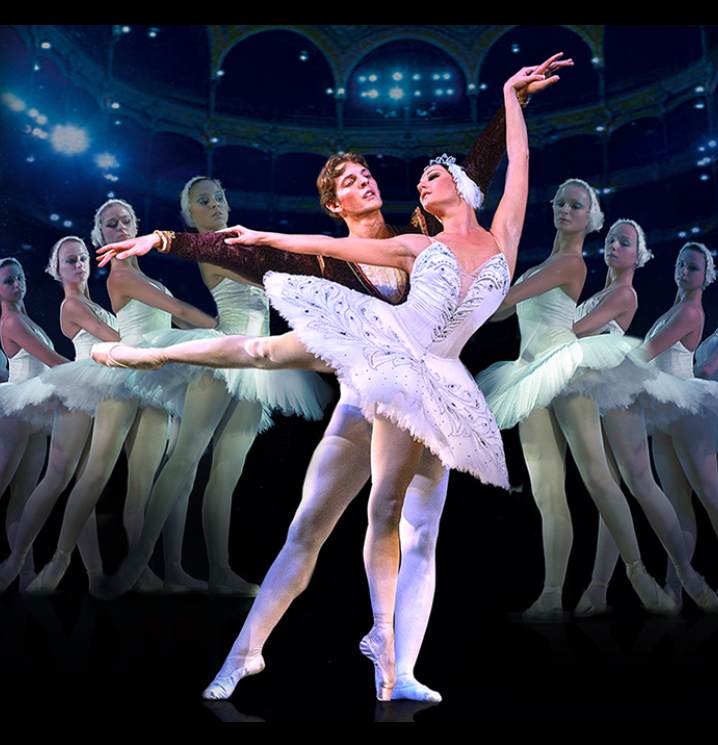 Ballet in 2 acts (performed with one intermission). The terrible spell of the magician Rothbart turns the beautiful Odette and her friends into swans, and only at night do they turn into human form. Only boundless and sincere love can break this spell. Prince Siegfried celebrates his coming of age in the garden of the castle. Guests, charming ladies-in-waiting, and Prince Benno's best friend are having fun. The Jolly Jester entertains everyone with dances. The libretto is based on the script by Vladimir Begichev and Vasiliy Geltser. "Swan Lake" is the most famous ballet of classical heritage. His theatrical fate vividly illustrates the significant aesthetic and artistic changes that the 20th-century ballet theater has undergone. Tchaikovsky's masterpiece attracted the attention of many choreographers in the world. With over 55 dancers, The State Ballet Theatre of Ukraine has drawn critical acclaim in performances throughout Europe, India, and Africa.
Click here for more information about this activity
Please help us keep this calendar up to date! If this activity is sold out, canceled, or otherwise needs alteration, email mindy@kidsoutandabout.com so we can update it immediately.