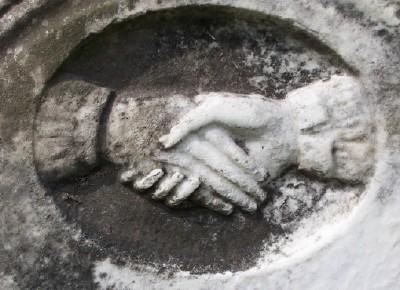 To celebrate its 160th anniversary, Historic Concordia Cemetery, 438 Walden Avenue at Sycamore Street, Buffalo, 14211, will host presentations focusing on Buffalo experiences on July 27, 2019 at 11 a.m. The Great Migration; tombstone art, carvings and symbolism; and the effect of World War I on Buffalo's people of German heritage will be examined in talks.

Historian, columnist, educator and community activist Eva M. Doyle will be the featured speaker who will talk about the Great Migration of African-Americans to Buffalo and will share her personal family story.  A  writer for The Criterion's "Eye of History" weekly column  and The

If you have ever wondered what the flowers, symbols, trees, angels and lambs on the beautiful Victorian age tombstones at Concordia mean, local architectural historian  Peter Filim along with Concordia volunteer photographer Rose LaJudice will share examples of these artworks and explain what they mean, how they were carved and materials that were used.

World War I had a huge impact on people of German heritage who lived in Buffalo. The war created an atmosphere of distrust and suspicion that fueled the creation of civilian groups to serve as lookouts for suspicious activity. We will examine what it was like to be a German-American during this trying time when the American Protective League operated all over the country.

Formed in 1859, Concordia Cemetery is one of the oldest cemeteries in Western New York.  Three  German Protestant churches bought the land to be used as their burial ground: St. Peter’s German Evangelical Church  founded in 1835, St. Stephen’s Evangelical  Church organized in 1853, and First Trinity Lutheran Church founded in 1839. The term  ”concordia” means harmony, and is a reference to the coming-together of the three church congregations to share this property.

Encompassing 15 acres, the cemetery is the final resting place for thousands of early residents of Buffalo, including over 500 military veterans of which about 130 are Civil War soldiers.  Currently there are over 17,000 people of all ethnic backgrounds and religions buried here.

In 2008 both New York State and the United States government recognized Concordia Cemetery's historical significance by listing it on the New York State Register of Historic Sites and the National Register of Historic Places. The cemetery is a non-profit organization with no paid staff whose volunteers were recognized in 2011 by Preservation Buffalo Niagara by receiving PBN's  prestigious annual award for their work in Neighborhood Conservation.